When Smith & Daughters’ Shannon Martinez grew up, Disney meant ingesting in the front of the television.

““Every other night time of the week we needed to eat at the desk,” she explains, “but on Sundays – I’m showing my age now – The Wonderful World of Disney became on, and I become allowed to eat my dinner in the front of the TV at the solid table.” 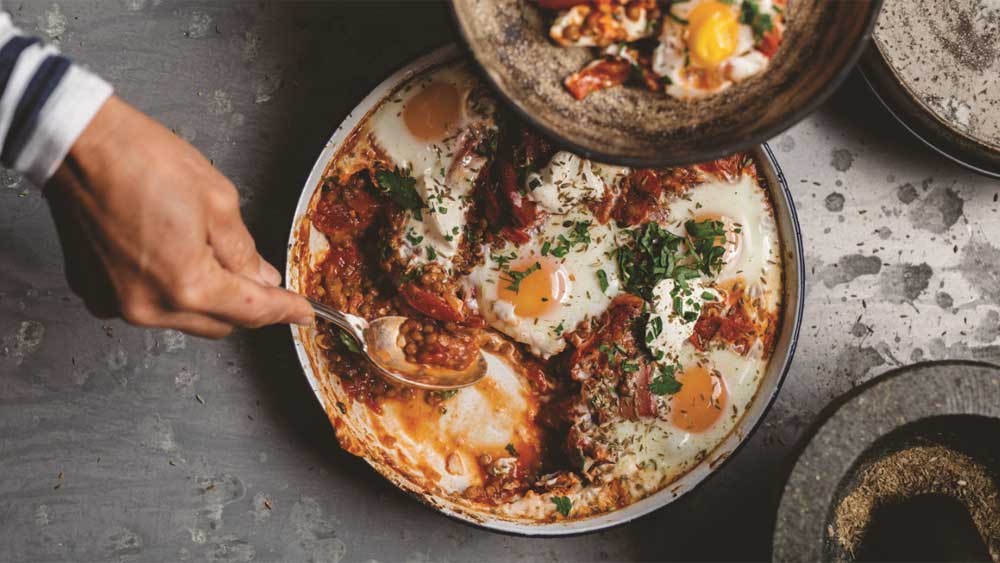 When Broadsheet and Disney threw a nostalgic Wonderful World of Disney celebration in April, Martinez turned into tasked with growing a themed menu. She opted for a twist at the traditional American TV dinner.

“I discovered those perfect steel trays that looked lots like old school TV dinner trays,” she says. “We wanted to replicate a few Australian-themed foods around that; that’s how the rissole sandwich befell.”

The TV dinner worried a vegan rissole sandwich (“You can’t not like a rissole sandwich, c’ mon.”) served with mashed potato and gravy with peas. “We made the peas out of pea and mint soup after which set them into spheres so while you ate them, they burst into a liquid,” Martinez says. “Normally, I don’t cook dinner meals like that, however for Disney; it’s excellent to drag up a number of the amusing stuff.”

Maybe now not as flashy, however definitely as delicious (and easy to recreate at domestic) is her recipe for classic macaroni and cheese. “Mac’n’cheese is so synonymous with Americana, and Disney is the top of America,” she says. “I simply linked to that vibe to get cheesy pasta deep-fried – you may’t cross wrong with that!”

Recipe: Deep-Fried Mac’n’Cheese
Serves: 20-forty depending on doing the length

2 cups of soy milk, ⅔ cup soy milk set apart for the sauce, then rest for the crumbling
Pepper
¼–½ cup pickled jalapeños, diced
One box dried macaroni or tubetti pasta, cooked in salted water following instructions at the container, reducing cooking time by using 2 min.
1 cup flour
A splash of apple cider vinegar to mix with soy for crumbing
2 cups panko crumbs
2-3 cups vegetable oil (sufficient to cowl base of the pot and more than one cubes of mac’n’cheese)

Boil the onion, potato, and carrot with the salt in water till very smooth and smooth.

Drain the boiled veggies and add the ultimate components (besides the jalapeño) to a blender, and blend until very easy.

Return the aggregate to an easy saucepan and stir via the jalapeños. Cook over low warmth till the cheese has melted and the sauce is easy. In a big bowl, upload the cooked pasta and pour over enough dressing to heavily coat.

Line a baking tray with greaseproof paper and upload the mac’n’cheese. Press every other piece of greaseproof paper over the top and smooth out. Place the tray in the freezer and permit it to chill and company up enough, so it can be reduced into pieces.

Set up a crumbing station: one bowl with flour, one bowl with soy milk with a touch of apple cider vinegar to thicken (this acts as the egg wash), and the closing bowl with panko breadcrumbs. Take a bit of the set mac’n’cheese, coat it inside the flour, then the soy blend, then the breadcrumbs. Continue this method until you have got as awful lot as you want.

Heat a huge pot with vegetable oil (sufficient to cowl all of the mac’n’cheese pieces) to around a hundred and sixty°C. Test warmth with a bit of bread – it needs to flow. Carefully decrease within the portions of mac’n’cheese, working in batches of 5–6 at a time. Fry until golden, then drain on a paper towel. Sprinkle with flaked salt and devour on the couch at the same time as looking your favorite Disney film.